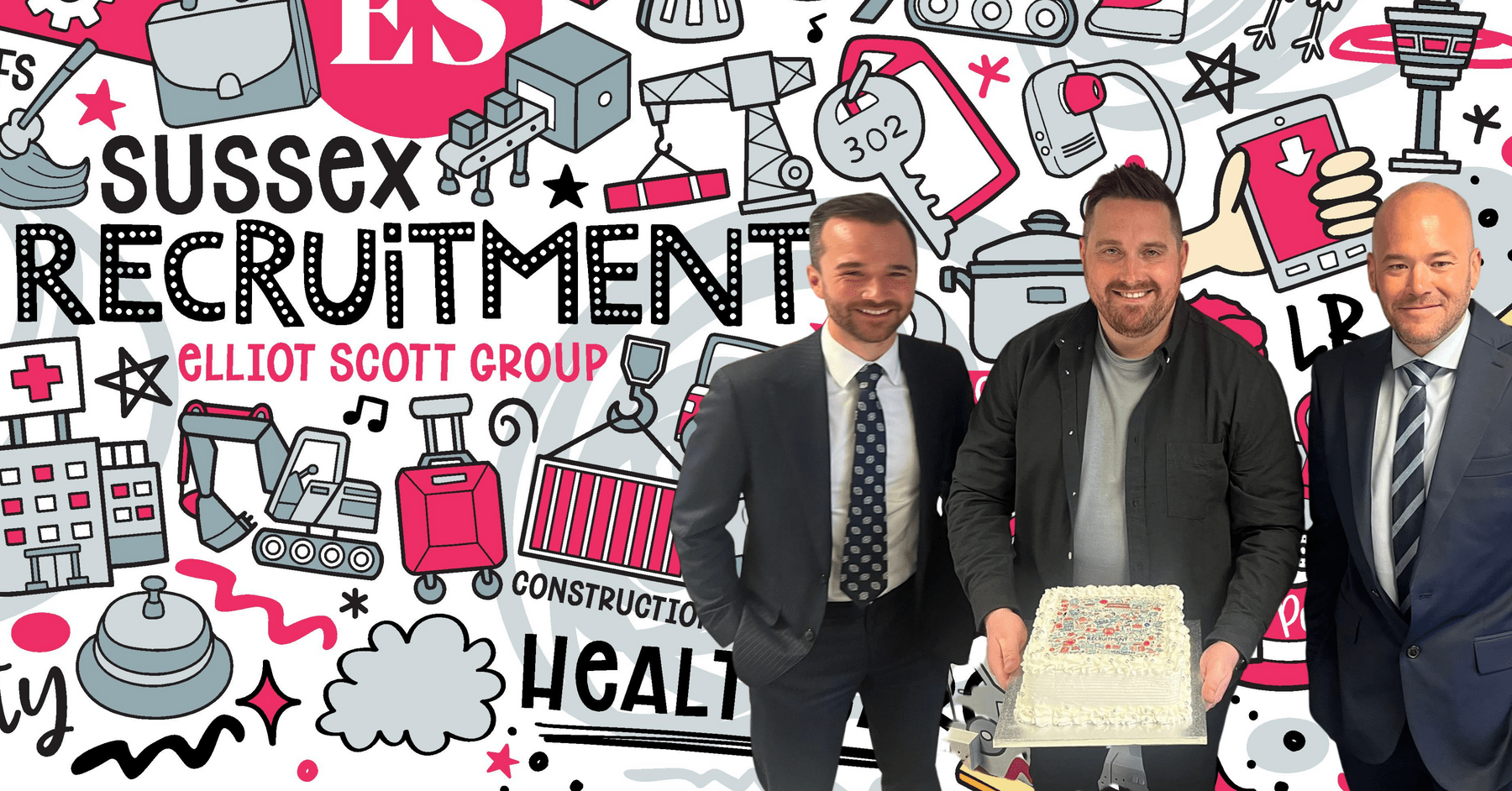 Elliot Scott Group, one of Crawley’s largest independent recruitment agencies of aviation, hospitality, and facilities management, has today announced a major rebrand in collaboration with award-winning illustrator/designer, James Dixon, from Lines Behind. The fresh and exciting new look of Elliot Scott Group marks the beginning of an important initiative for Elliot Scott Group, and that is to help re-employ Crawley's growing rate of unemployed people.

The news follows the Covid-19 pandemic, which saw Crawley’s unemployment rate hit an all-time high of 4.3%. The unveiling marks an important point for Elliot Scott, who are already active supporters of Crawley Open House, as they commit to helping the thousands who were left unemployed throughout the pandemic to re-enter the working world, with the reopening of the South Terminal at Gatwick Airport and Crawley.

Elliot Scott Group provided nearly 400 candidates a week to the UK’s second busiest airport and the surrounding area. However they have had to adapt significantly following the pandemic and have since realigned their task force to projects and placements outside of the aviation and hospitality sectors.

However, following  the exciting news of the South Terminal reopening ahead of the Spring season, the travel demand is starting to return and as part of this, they are calling for businesses across the county to come together to support the thousands of unemployed re-enter the world of work. The sentiment of this message has been illustrated (and now forms part of their branding) with James Dixon’s (pictured) vision of businesses across Sussex supporting the local community to life.

“The long-awaited news of the South Terminal reopening was a real key moment for the tens of thousands of local people who unfortunately found themselves out of work due to the pandemic. As a local recruitment agency with experience in the aviation industry, we know the importance of what Gatwick Airport brings to the community. We’re excited to share our idea of bringing together key iconic landmarks within the county and want to focus our efforts in getting the unemployed re-employed following such a devastating couple of years”.

James Dixon from Lines Behind based in the North East collaborated with Elliot Benton and Scott Burns, founders of Elliot Scott Group to bring the new brand into fruition. James said, “When the Elliot Scott Group first got in touch with me I was very excited, once the brief was rolled out there was nothing better than to achieve this celebratory rebrand of the world starting to open up and flourish again!

My work is all about making people smile but more importantly look fun and engaging! To become part of their brand is yet again, another pinch myself moment! I’m super excited to be on this journey with them and look forward to what the future holds for The Elliot Scott Group".

To support the initiative, Henry Smith, MP for Crawley visited the Elliot Scott Group to thank them for their work and support in the community throughout the pandemic, and also recognise their efforts in regrouping ahead of what will hopefully see a surge in employment rates following the reopening of the South Terminal at Gatwick and spring season.

We know that the Crawley and Gatwick economy was hit hard by the effects of the pandemic. This is why in Westminster I established the Future of Aviation All-Party Parliamentary Group and there’s never been a more important time for the aviation industry to recruit top people to the sector.

Elliot Scott Group are aware of the increase in demand not only for international travel, but for the workers that make airports such as Gatwick so successful”.

Thank you! Your submission has been received!
Oops! Something went wrong while submitting the form.
Download our Brochure: 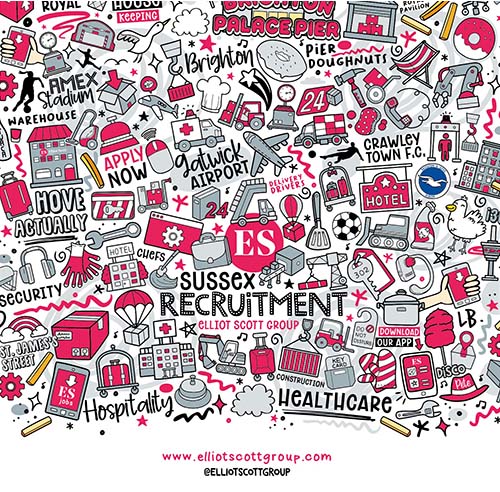